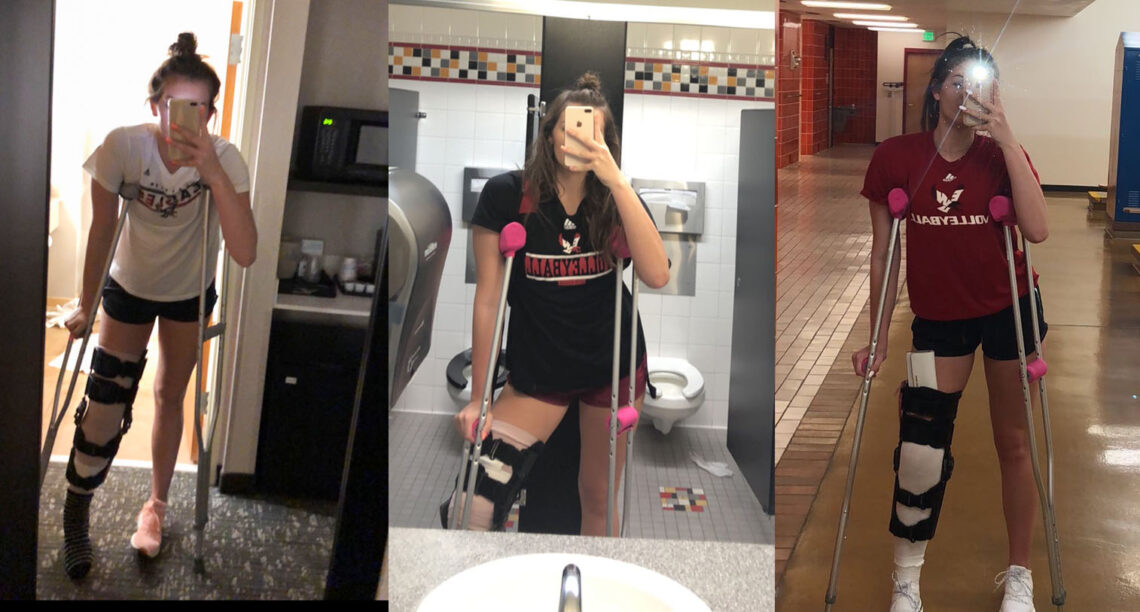 I know what you are thinking, how are you kind of a division 1 college athlete? Well I am currently a sophomore at the University of the Pacific and I also attended Eastern Washington University last year, both where I was recruited to be on their college volleyball team. Throughout these last 2 years though, I have probably played in a months worth of practices. Not normal, right?

So my first year of college at Eastern Washington University in Cheney, Washington, I decided to have surgery on my right ankle a few weeks prior to the date we had to report on. I broke my ankle a few months before, and was still having nagging pain so the surgery was just a normal scope to clean up any scar tissue that I had built up from the initial injury. Post surgery, my rehab was going amazing, and I went home for my post-op where they said the exact same thing. I started playing for a little while I was home, and I was preparing to hopefully be playing in the season opener in the week following. I came back to Eastern for a little bit, where my trainer FINALLY said I was able to play some volleyball again. 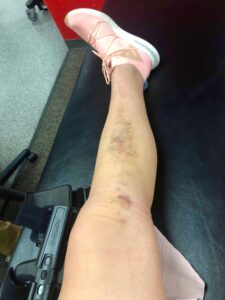 So that Monday. September 17th 2018, I got ready and started to practice for the first time in just over a month. I wasn’t getting a lot of touches on the ball throughout practice as my coach just threw me into a position that I don’t play. Practice went by for another hour where I didn’t do much, and I spent a lot of the time reffing which was not what I wanted to do at all. Finally we started to play some more and I finally was allowed to jump and swing at balls. My first swing I jump, and sadly come back down hard and I mean hard. I layed there in shock unable to move, while my athletic trainer and coaches surrounded me and moved me to the side of the court.

I couldn’t tell you exactly what happened honestly but I didn’t think much of the injury, it just kinda felt like I hyperextended my knee which I have done before so I was not worrying at all! The practice went by as I layed on the sideline, and the pain in my knee absolutely skyrocketed. I eventually had to crutch back to the training room, which you should know was SO FAR and DOWN a hill. Not my best time. Time goes by of my icing and all
the trainers looking at my knee, when they eventually tell me that they
think my ACL is torn. That’s the last thing I thought and the absolute last
thing I wanted to hear. I ended up immediately going to the doctor, where he said the same thing and I have truly never felt more heartbreak. I felt even more heart break when I realized that the recovery time for an ACL was 8-9 months. Not exactly what I wanted to hear when I just started playing college volleyball, and also just recovered
from a previous injury and surgery. 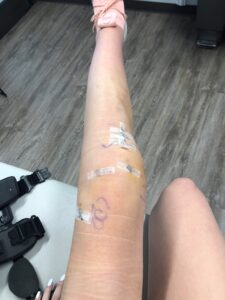 I got an MRI in the next few weeks where I was then told my ACL and my MCL were torn. Devastating.

I’ll save you the many details but I ended up getting surgery a few weeks later, and man I would never wish an ACL injury on anyone. I ended up leaving Eastern Washington after the first semester because of the negative place it was, especially with a knee injury like this. It became hard to be positive and there was no help in the school or athletics either.

Flash forward to the summer of 2019, where I was committed to play volleyball at the University of the Pacific. New school, new team, new ACL and MCL and all seemed good again. But almost a year later and I was still having TERRIBLE pain when trying to straighten my knee, and doing simple things like just walking around. I finally had enough and I went to the doctor for probably the 100th time that year. I have been with this ortho for 4 years so he knows me and knows how my body deals with injuries, so I was super comfortable talking to him and asking him why my knee still feels absolutely terrible. We decided on another MRI to see what everything looked like and to rule out any big injuries, and luckily everything in my knee looked great; which at the same 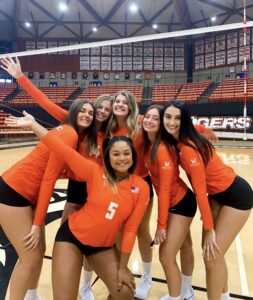 time sucks. I decided to get a second surgery though, just a scope to clean up any possible scar tissue or anything else that could be causing my pain. The surgery went really well and they ended up taking out scar tissue that was keeping me from straightening my knee. So finally after almost a year, I could straighten my knee! A miracle! I ended up finishing my rehab fast and started to slowly get back into volleyball activities. And wow was that the scariest thing ever. You think you are mentally tough until you go through an injury like that and return to the sport you love that at the same time absolutely ripped you apart. I played to the best that I could through pain, then winter break happened, and in January we came back to start the beach season. And who would
have thought that I got hurt… AGAIN! This time brand new pain, and they thought I tore my meniscus until the MRI said otherwise. My MRI came out clear, and the mysteries began as to what the heck is wrong with my knee and even will I step on the court ever in a college game?

Here I am today, waiting on more doctor’s appointments, more PT, maybe more surgery’s but just hoping… that my knee can MAYBE give me a few more years of volleyball. I know it sounds sad and it was probably one of the worst things life has put me through yet, but it has continued to teach me lessons and taught me how to be strong in these tough situations and thankful for everything I have; including perfectly good ACLS.